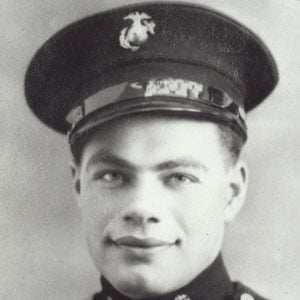 U.S. Marine who sacrificed himself by throwing himself on top of an enemy grenade while serving at Engebi Island during World War II. He received a posthumous Medal of Honor for his sacrifice.

He worked as a truck driver before enlisting in the Marine Corps.

The Navy destroyer USS Damato was named in his honor in 1945.

His brother, Neil, was also a soldier and was killed in Germany in 1943.

He was given the Medal of Honor by U.S. President Franklin D. Roosevelt.

Anthony P Damato Is A Member Of