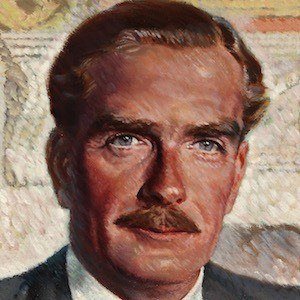 English Conservative politician who served as Prime Minister of England from 1955 to 1957. He was Prime Minister during the Suez Crisis in 1956 and is largely perceived to have mishandled the situation.

He served during World War One and became the youngest brigade-major in the British Army. He first entered Parliament in 1923.

He was an outspoken opponent of the appeasement policies of Neville Chamberlain leading up to and during World War II.

He served as Prime Minister during the term of United States President Dwight Eisenhower.

Anthony Eden Is A Member Of