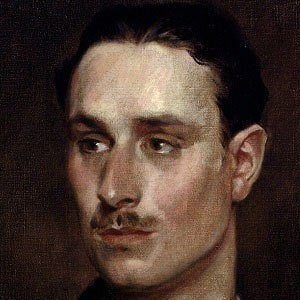 Remembered for founding both the British Union of Fascists and the United Kingdom New Party, this twentieth century British politician also served in the UK Parliament between 1918 and 1931 and briefly held the office of Chancellor of the Duchy of Lancaster.

Before entering politics, he briefly fought in World War I, despite having been expelled from the Royal Military College, Sandhurst.

He was affiliated with numerous political parties over the course of his career. Before founding the British Union of Fascists and the New Party, he belonged to the Conservative Party and the Labour Party, and was also briefly a political Independent. Later in his life, he affiliated himself with the Union Movement and the National Party of Europe.

His marriage to Lady Cynthia Curzon produced children named Vivien, Nicholas, and Michael, and ended with Curzon's death in 1933. Before marrying Diana Guinness, who became the mother of his sons Oswald and Max, Mosley had affairs with his first wife's sister and stepmother.

He was a contemporary of Labour Party leader and British Prime Minister Clement Attlee.

Oswald Mosley Is A Member Of