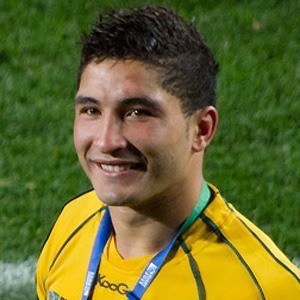 Rugby centre who joined the Queensland Reds in 2009 after three years with the ACT Brumbies.

He grew up in Queanbeyan.

He played all 8 matches for the Canberra Vikings during the Australian Rugby Championship in 2007.

He became teammates with Quade Cooper on the Reds in 2009.

Anthony Faingaa Is A Member Of