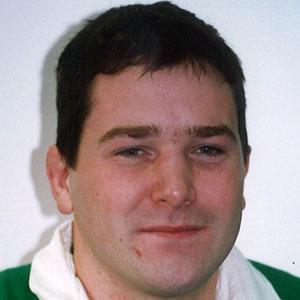 This Irish rugby union back-row played for both the Munster and Ireland national teams, captaining the former team during its 2006 Heineken Cup Final victory against France's Biarritz Olympique. He also played in the Rugby World Cup in both 1995 and 2003.

Before becoming a professional rugby player, he was a member of a Limerick-based amateur league called the Shannon Rugby Football Club.

In 2010, he was second only to Alan Quinlan as the Munster rugby player with the greatest number of caps.

The son of fellow rugby player Brendan Foley, he was born and raised in Limerick, Ireland. His sister, Rosie Foley, played women's rugby.

During the 2007 to 2008 season, he was replaced by Paul O'Connell as captain of the Munster team.

Anthony Foley Is A Member Of