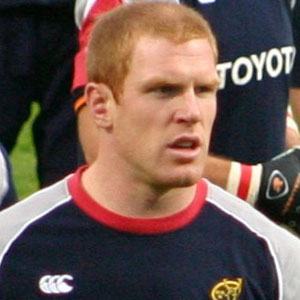 Irish lock who joined Munster in 2001 and was first named captain of Ireland's national team in 2004.

He left an engineering program at the University of Limerick to start his rugby career.

He and his wife Emily O'Leary welcomed their first son, Paddy, in April 2010.

He was teammates with Matt Dawson on the Irish Lions in 2005.

Paul O'Connell Is A Member Of