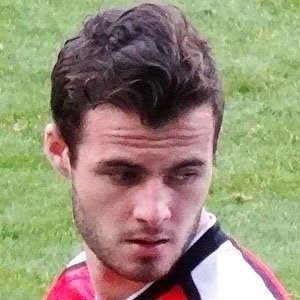 Soccer player best known as a wide midfielder for the Walsall Football Club.

Before joining Walsall, he played for the Ballingarry Football Club as a kid.

He first began his senior career with the Wolverhampton Wanderers before he signed a two year contract with Walsall in 2014.

He was born in Ballingarry, County Limerick in Ireland with a sister and a brother. His brother was nicknamed "Pigeon" and also played soccer extensively.

He is a soccer player born in Ireland like George Best.

Anthony Forde Is A Member Of