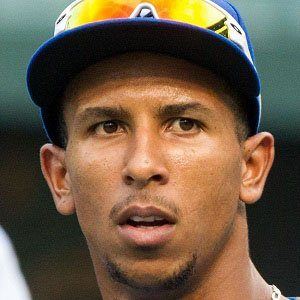 Outfielder who entered the major leagues in 2012 after being named to the All-Star Futures Game that year. He played with the Toronto Blue Jays for three seasons before being traded to the Detroit Tigers in 2015.

He played baseball and ran track at Bellflower High School in Bellflower, California. He attended the Major League Baseball Urban Youth Academy in Compton, California before playing college baseball with the Arizona Wildcats.

He led the minor leagues in stolen bases during the 2009 season with 76.

His father's name is Steve.

He has played with fellow outfielder Yoenis Cespedes in Detroit.

Anthony Gose Is A Member Of