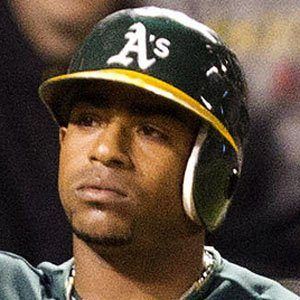 Cuban MLB outfielder who entered the league with the Oakland Athletics in 2012. He won back-to-back MLB Home Run Derbies in 2013 and 2014. After a 2015 trade sent him to the New York Mets, he helped lead the Mets to the 2015 World Series, where they were defeated by the Kansas City Royals.

He first played professional baseball for Granma in the Cuban National Series during the 2003-2004 season and was one of the league's top rookies.

He hit a home run in his second game in the majors and made his first All-Star Game in 2014.

His mother Estela Milanes was a softball pitcher for Cuba at the 2000 Summer Olympics. He has one son named Yoenis Jr.

He was teammates with speedy outfielder Coco Crisp on the Oakland Athletics.

Yoenis Cespedes Is A Member Of