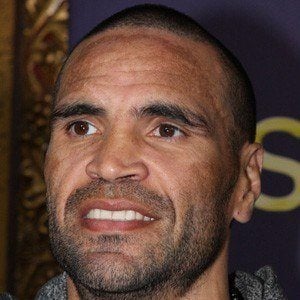 Australian boxer and rugby footballer. He was a middleweight champion and is considered one of the great crossover athletes in history.

He played for the Australian Schoolboys rugby team while in high school.

He was the first boxer in history to have had every one of his professional fights broadcasted on television.

His father is boxer Tony Mundine.

He was inspired to convert from rugby to boxing after a friend showed him a video of legendary boxer Muhammad Ali.

Anthony Mundine Is A Member Of