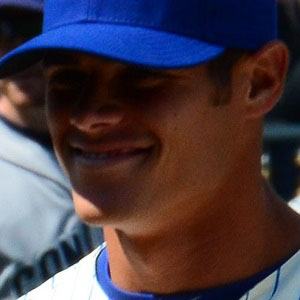 Catcher known for home run power on fastballs middle-in, he made his MLB debut in 2011 with the Oakland Athletics.

In November 2013, he married Kelly Shepardson.

Speedy center fielder Coco Crisp was his teammate on the A's.

Anthony Recker Is A Member Of