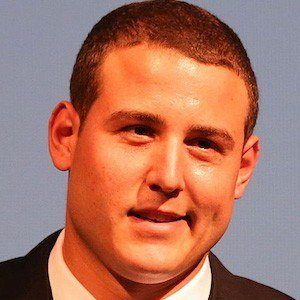 MLB first baseman who made his MLB debut with the San Diego Padres on June 9, 2011. He was traded to the Chicago Cubs in 2012 and made his first All-Star team in 2014. In 2016, he helped lead the Cubs to the franchise's first World Series title in over 100 years.

He concluded his career at Marjory Stoneman Douglas High School as a sixth round draft pick by the Boston Red Sox in 2007.

In 2012, he became the first Chicago Cubs player in the franchise's history to accumulate three game-winning RBIs in his first five games as a Cub.

His older brother, John, was a lineman for the Florida Atlantic University football team. His parents are named John and Laurie. He got engaged to his girlfriend Emily Vakos in June 2017 and the couple wed in December 2018.

Anthony Rizzo Is A Member Of