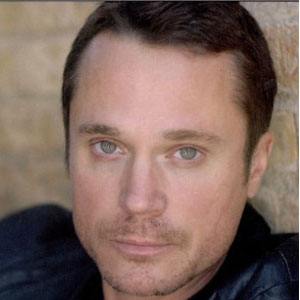 American television actor who played the role of Steve Tanner on ABC Family's Make It or Break It.

He won the Liberace Foundation Scholarship for Performance and attended Marquette University.

He has a son, Garret, with wife, Lolly.

He acted with Linda Blair in the 1990 horror-comedy, Repossessed.

Anthony Starke Is A Member Of