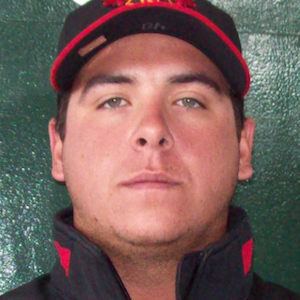 Pitcher best known for the six years he spent as a member of the Minnesota Twins from 2009 to 2014, posting a 4.62 ERA during that time. In 2015, he signed with the Doosan Bears in the Korean Baseball Organization.

He was a two-time All-American at Nova High School in Davie, Florida. He passed up a scholarship to Louisiana State University after the Twins offered him a $575,000 signing bonus.

He spent the 2010 season in the minor leagues after his foot was shattered by a liner.

He married a woman named Elizabeth and has a daughter named Evelyn.

He played under manager Ron Gardenhire during his entire Twins career.

Anthony Swarzak Is A Member Of