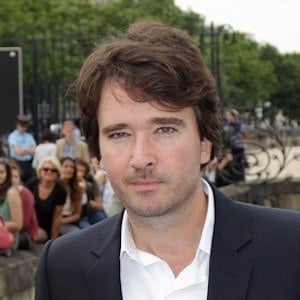 Business executive who is widely recognized for having acted as CEO of the menswear line Berluti. He was also the chairman of the high end Italian clothing company Loro Piana.

His career in fashion began in Louis Vuitton's advertising department.

He made the Young Global Leader Honorees list in 2009.

He and model Natalia Vodianova have two children. The couple tied the knot in September 2020.

In 2012, he launched the Core Values advertisement campaign that featured celebrities such as Sean Connery and Francis Ford Coppola.

Antoine Arnault Is A Member Of