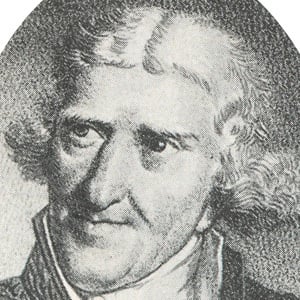 French chef and potato enthusiast who established a school for bread baking.

He studied chemistry in school and led a smallpox vaccination campaign while serving as Napoleon's Inspector-General of the Health Service in 1805.

His name was given to many potato-based recipes, such as the popular hachis Parmentier.

He was born in France and served as a military pharmacist during the Seven Years War.

His dinner parties featured potato-heavy menus and included guests such as Benjamin Franklin and Antoine Lavoisier.

Antoine-Augustin Parmentier Is A Member Of