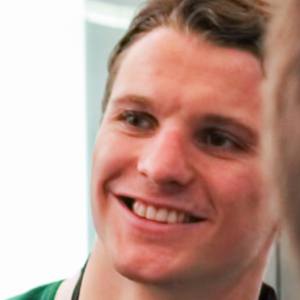 Left winger who made his NHL debut during the 2012-2013 season with the Dallas Stars and played for France in the Ice Hockey World Championships.

He played in the Quebec Junior AAA Hockey League.

He played for the Chicoutimi Sagueneens in the Quebec Major Junior Hockey League.

He was born in Roubaix, France.

He and left winger Ray Whitney both joined the Stars during the 2012-2013 season.

Antoine Roussel Is A Member Of