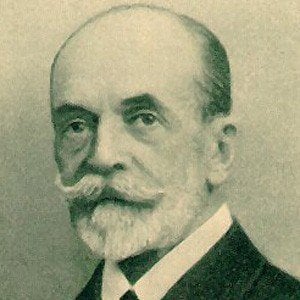 He served as the fleet commander of the Austro-Hungarian Navy in World War I and the Navy's Grand Admiral.

He began his career in the Austrian Navy in 1869.

He was one of the first active duty naval officers in Austria-Hungary to become promoted to Grand Admiral.

He and Carlos Condell were both celebrated naval officers.

Anton Haus Is A Member Of