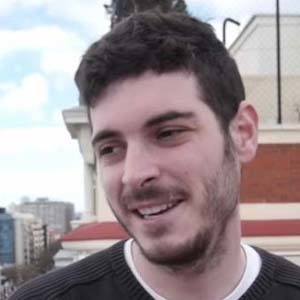 Actor, social media sensation and YouTube content creator whose mix of sketch comedy, vlogs and challenge videos helped him to more than 750,000 subscribers. He is popular on Instagram as well where he demonstrates his talents as a photographer by taking stylized portraits of friends.

Upon launching his YouTube channel in January of 2013, he used a username of MrHombreDuro.

He was formerly a Vine star whose comedic videos helped him to more than 265,000 followers. He made sure to say goodbye to the video platform in a January 2017 video called "Adios Vine..."

His real name is Antonio López Fernández. He has a younger sister named Sofia who has been seen in his YouTube videos.

Paula Baena and Alex Brooking were both featured in his popular YouTube video "ADIVINA LA PELICULA."

Antón Lofer Is A Member Of