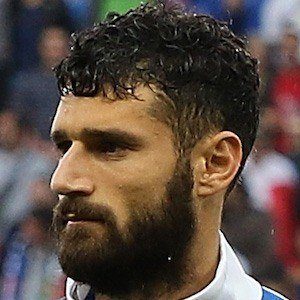 He debuted professionally for Ternana in 2004.

He competed internationally for Italy at the U18 through U21 levels before his call up to the senior squad.

He and Giorgio Chiellini became teammates on the Italian national team.

Antonio Candreva Is A Member Of