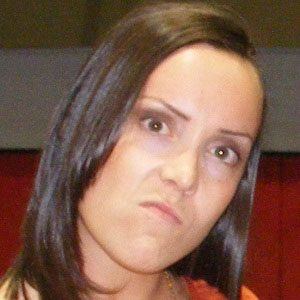 American wrestler who was a veteran of the Chikara and Shimmer promotions before signing with WWE in 2012. She became a trainer for WWE's development branch NXT, making her the first female trainer in NXT history.

She was born in Martinez, California and dropped out of college to pursue a career in professional wrestling. She received her training at the All Pro Wrestling boot camp.

In 2012, she became just the fourth female wrestler to be included on Pro Wrestling Illustrated's list of top 500 wrestlers in the world.

Her birth name is Sara Amato.

Sara Del Rey Is A Member Of