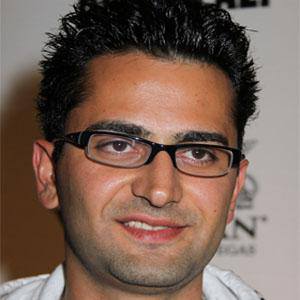 Magician who became the all-time leader in poker winnings with an $18 million victory in 2012.

He changed his name to Antonio at the age of 19 in order to have a better sounding stage name.

He wrote the book The Magician's Secrets for Winning Tournaments in 2012.

He honed his poker skills by playing with his brother Pasha.

He defeated Guy Laliberte in the $1 million buy-in One Drop poker tournament in 2012.

Antonio Esfandiari Is A Member Of