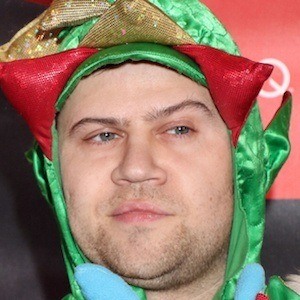 Born John van der Put and known by his stage name Piff the Magic Dragon, he is a magician and comedian whose routine as Piff consists of deadpan humor. He performs the act with a chihuahua named Mr. Piffles, which he dresses in a dragon costume.

He was pursuing a career in IT before getting involved in magic.

He became one of the youngest members to lecture at The Magic Circle, a British organization dedicated to magic.

He was born in London, growing up in South East London, England. He later would live in Las Vegas, Nevada.

He sold a magic trick of his to David Blaine.

Piff the Magic Dragon Is A Member Of