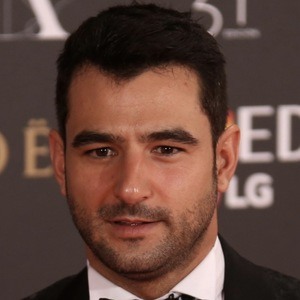 Film and television star recognized for playing Hugo in the 2014 acclaimed film Four Moons. He also had a recurring role in Tierra de lobos and the 2009 series Sin tetas no hay paraíso.

He made his screen debut in the 1999 feature film Diálogo del amargo.

Gabriel Santoyo joined him in the cast of the acclaimed drama Four Moons.

Antonio Velázquez Is A Member Of