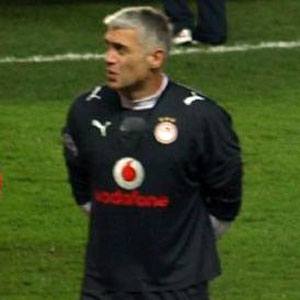 Footballer considered to be one of Greece's greatest goalkeepers; instrumental in the national team's UEFA Euro 2004 win; later became a manager.

He spent his youth career and the early years of his senior career with Anagennisi Arta.

His family was residing in Arta when he was born.

He was nicknamed George Clooney by the European press because of his physical resemblance to the actor.

Antonios Nikopolidis Is A Member Of