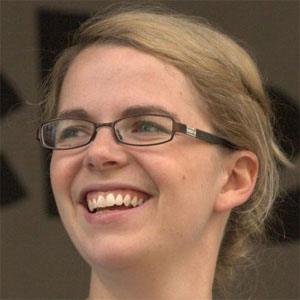 Folk and bluegrass singer best known as the frontwoman for the band Crooked Still. Her songs have been featured on TV series like HBO's True Blood.

She graduated from the New England Conservatory of Music, where she met future Crooked Still member Corey DiMario.

She contributed guest vocals to the Grammy-winning bluegrass album The Goat Rodeo Sessions, released in 2011.

She grew up singing songs with her family in Ireland during the summer.

As a solo artist, she's toured with Sara Watkins and Sarah Jarosz.

Aoife O'donovan Is A Member Of