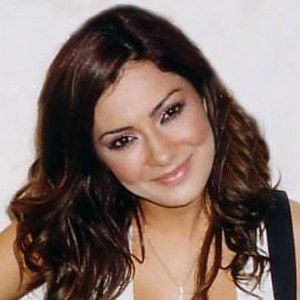 Greek pop singer who rose to fame in 2003 for her debut album To Proto Vima. She has since released nearly half a dozen successful albums and been nominated for a number of MAD Video Music Awards.

At fourteen, she moved to Thessaloniki to pursue a career in diving and swimming. However, during a night out with friends, a popular singer lent her the microphone and the club owner was so impressed, he hired her to sing at the club.

In 2007, she made an appearance in the television series S1ngles.

Early in her career, she performed a duet to "Maskes" with Peggy Zina at the club where she launched her career.

Apostolia Zoi Is A Member Of