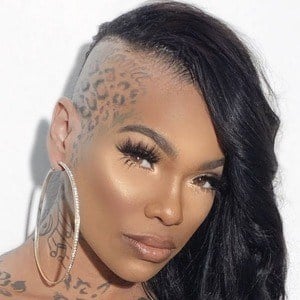 American model who has gained a large Instagram following. She joined the supporting cast of Love & Hip Hop: Hollywood in season five. She has earned over 250,000 followers on her account.

She has also been a recording artist who is best known for the track "One in a Million."

Her children's names are Richard, Kali, and Miyaki. Her stepfather is John Watts.

Apple Watts Is A Member Of