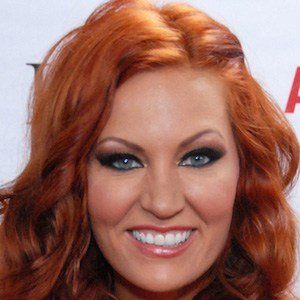 Contestant on the 4th season of NBC's Last Comic Standing who has worked as a writer and actress in the comedy world.

The Hollywood Reporter named her an "emerging talent to watch" at the Just for Laughs Comedy Festival in 2005.

She co-hosted the 30th AVN Awards alongside Asa Akira and Jesse Jane.

She moved to Florida after attending high school in Pennsylvania.

She became a regular guest on the Howard Stern Show, at one point winning Howard Stern's "Hottest and Funniest Chick" contest.

April Macie Is A Member Of