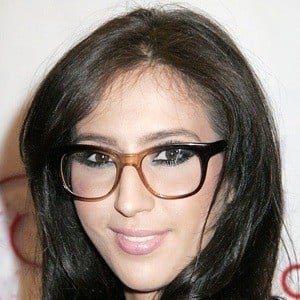 Adult film star turned social media personality who has starred in over 150 adult films. She's best known on platforms such as Twitter and Instagram. She was featured in Deborah Anderson's documentary Aroused.

She won Girl Performer of the Year by XBIZ in 2014. She has over 360,000 followers on her heyitsapriloneil Instagram account.

She adopted the stage name April O'Neil from the fictional character in Teenage Mutant Ninja Turtles.

April O'Neil Is A Member Of