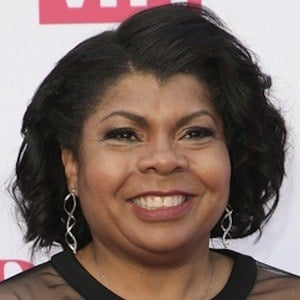 Political author and journalist who rose to prominence after becoming a White House correspondent in 1997. She went on to serve as the Washington, D.C. bureau chief for American Urban Radio Networks.

She received her bachelor's degree in broadcast journalism from Morgan State University.

She was named Journalist of the Year by the National Association of Black Journalists in 2017.

She married trust administrator Tennie James. Her daughters' names are Ryan and Grace.

April Ryan Is A Member Of