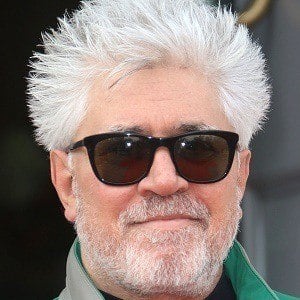 In 1986, he co-founded the production company El Deseo with his younger brother Augustin.

He was one of four children born to parents Antonio Almodovar and Francisca Caballero.

His 2002 film Talk to Her starred Penelope Cruz.

Pedro Almodóvar Is A Member Of