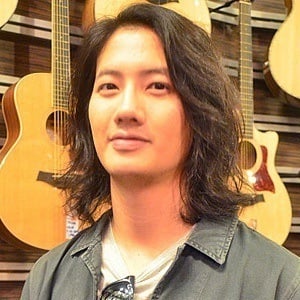 Thai film star recognized first for his film debut in 2007's Body. He would go on to star in Best of Times and Rak/Saam/Sao, amongst other popular films.

He joined Pachrapa Chaichua in the cast of the 2015 film Single Lady.

Arak Amornsupasiri Is A Member Of