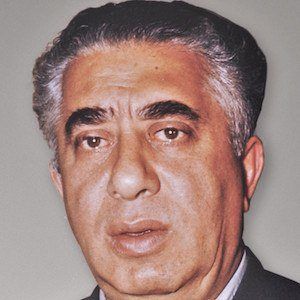 Soviet Armenian composer known for his ballets Spartacus and Gayane, which contain some of his most recognizable music, including "the Sabre Dance."

He was admitted to the prestigious Gnessin Institute, despite having no formal training, because of the scope of his talent.

He received a number of awards for his work, including four Stalin prizes, one Lenin prize, and one USSR State Prize. He was also named a Hero of Socialist Labor.

His "Adagio" from the ballet Gayane was used in the Stanley Kubrick film 2001 a Space Odyssey.

Aram Khachaturian Is A Member Of