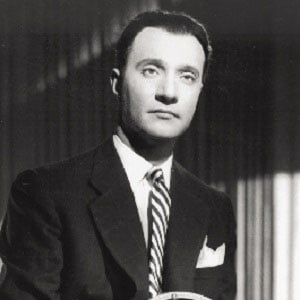 Famous for composing the national anthems of Libya, Tunisia, and the United Arab Emirates ("Ya Beladi," "Humat al-Hima," and "Ishy Bilady," respectively), he also wrote the scores of a dozen Arabic musical movies. He is particularly remembered for combining Egyptian and Arabic musical styles with Western musical forms.

He first performed in public when he was just seventeen years old and recorded his first track when he was thirteen.

An actor and singer as well as a composer, he played the main role in the enormously popular 1934 movie The White Flower.

He spent his youth in Cairo, Egypt's Bab El-Sheriyah district.

Mohammed Abdel Wahab Is A Member Of