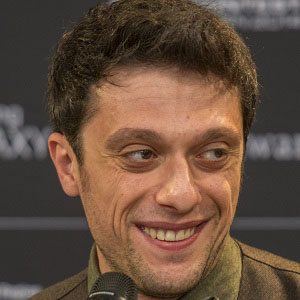 Armenian comedian, singer and television host who has become famous for his humorous covers and parodies of popular songs. He has hosted shows like X-Factor and began appearing on the stand-up comedy series Vitamin Club in 2010.

He was born in the Armenian capital, Yerevan, and graduated from Yerevan State Medical University in 2006.

In 2014, he won the Luxury Magazine award for Comedian of the Year and was nominated for Presenter of the Year.

His birth name is Aram Sargsyan. He married Anna Margaryan in April 2008. His son Arno was born in June 2011.

He and Sirusho have both represented Armenia in the Eurovision Song Contest.

Aram Mp3 Is A Member Of