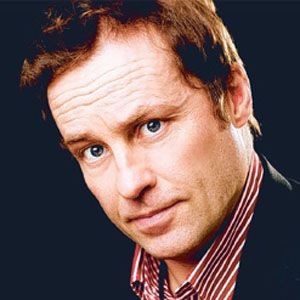 Irish comedian who us known for playing Father Dougal McGuire in the TV sitcom, Father Ted. His novel, The Talk of the Town, was published in 1998.

In 1987, he graduated with a degree in Communications Studies from Dublin City University.

He wrote and hosted the TV series Leagues Apart, which focused on famous soccer rivalries.

He had three children with his wife Melanie O'Hanlon.

He appeared in a Doctor Who episode titled "Gridlock" alongside actor David Tennant .

Ardal O'hanlon Is A Member Of