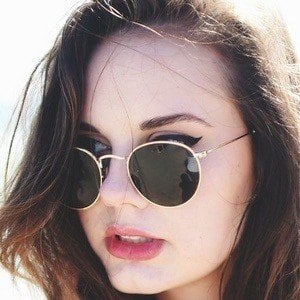 Popular YouTube personality known for her comedy videos as well as her makeup tutorial and advice videos. She has also accumulated 950,000 followers on her ardenrose Instagram account. It has featured selfies, makeup photos and lifestyle photos.

She first created her YouTube channel on November 8th, 2008 but didn't post her first video until August 3, 2009.

Her YouTube channel reached 1 million subscribers in December 2014. She is also an artist and has run her own Instagram page for her paintings and drawings.

She and Will Darbyshire, another popular YouTuber, began a relationship in 2015.

She uploaded an extremely popular video titled "JennXPenn is Pregnant?!" in March of 2014.

Arden Rose Is A Member Of