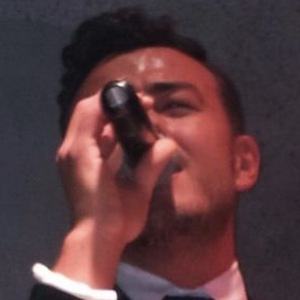 Singer who first rose to fame competing in the German talent competition Deutschland sucht den Superstar in 2011. He went on to release his debut single "This is My Time" and by 2013, he'd gained a successful career in the Albanian musical circuit after performing on the X Factor Albania.

He began playing keyboard at the age of six and by ten he was learning the drums and guitar. Into his teens he was singing in the school choir.

He competed in 2012 to represent Albania in the 2013 Eurovision Song Contest with the song "I çmendur për ty," his first single in Albanian.

Though born in Pristina, Kosovo, he moved to Germany only a year after his birth. He was raised there and schooled in Heidelberg. He has two sisters.

Both he and Enca Haxhia are popular singers in Albania.

Ardian Bujupi Is A Member Of