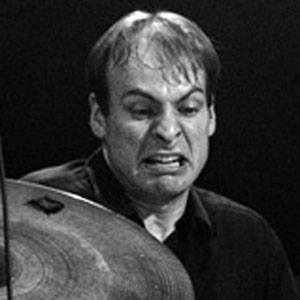 Jazz drummer who had complex drumming rhythms and for performing in New York City venues like the 55 Bar, the Blue Note, and Smalls.

He played with the punk bop band, One O'Clock Lab Band, before moving to New York.

His father was a vocalist and his mother was a violinist. When he was very young, they instilled within him a love for all types of music.

He followed the example of Elvin Jones, Tony Williams, and Jack DeJohnette in making the drummer more than a timekeeper in performances.

Ari Hoenig Is A Member Of