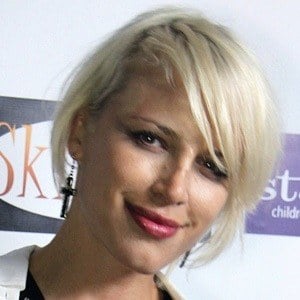 French-Romanian singer who made a name for herself as a member of the pop group Paradiso Girls. Her first single as a solo artist, "Astrolove," was released in 2015.

She began dancing in the cabaret Crazy Horse as a teenager.

She has taught yoga on the reality series Star Academy.

She has dated American actors Joaquin Phoenix and Lukas Haas.

She was featured on the remix to Shwayze's "Get U Home."

Aria Crescendo Is A Member Of