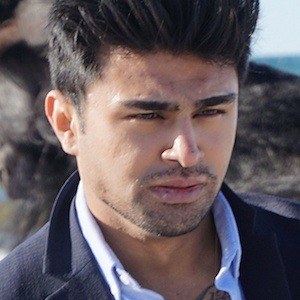 Pop music singer and songwriter who is best known for the singles "Im A Star" and "Når Jeg Danser." In 2015, he released his sophomore studio album which was titled Ramses II.

He began his career as a background dancer and won a hip-hop and breakdance championship in 2006.

He made his acting debut in the 2015 Hindi film Angel ki Kahaani.

He was born to an Indian father and an Afghan mother.

He was photographed with fellow singer Mika Singh in late 2017.

Arian Romal Is A Member Of