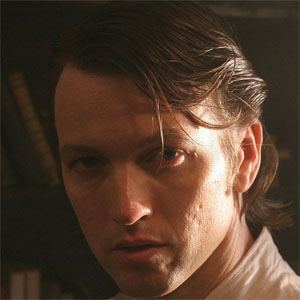 Founder of The Fear and Fantasy Film Festival in Los Angeles, California who has also appeared on screen in the film Sister Act as a student and in a season 1 episode of American Horror Story as a junkie.

Growing up, he appeared in local productions of popular title adaptations of The Wizard of Oz and Miracle on 34th Street.

He appeared in the HBO film And the Band Played On and later in a 1994 episode of America's Most Wanted.

A native of California, he grew up in Boulder Creek in Santa Cruz County.

He performed on stage in an adaptation of the Douglas Adams' novel The Hitchhiker's Guide to the Galaxy.

Aric Cushing Is A Member Of