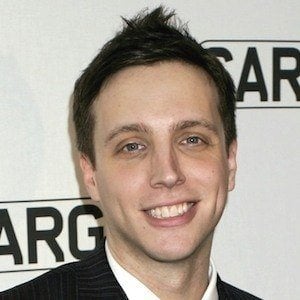 Journalist and editor who served as the Editorial Director for InStyle for a number of years. He spent 15 years at Time Inc. and was featured in a December 2017 New York Times article about titled "The Political Power of Art."

He began his writing career at the now-defunct magazine, Details.

He is the father Cielo Rimon Foxman-Cardet.

He posted about musician SZA to celebrate her 2018 Grammy Awards nomination.

Ariel Foxman Is A Member Of