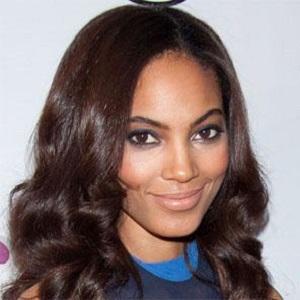 Model who appeared on the cover of the Sports Illustrated Swimsuit Issue three different times starting in 2009.

During high school, she was on the student council and took an interest in government.

In 1998, she won top honors at a modeling competition in Dallas that had over 500 contestants. This led to a contract with Ford Models.

She was born in Shreveport, Louisiana. In 2014, she got engaged to NFL receiver Hakeem Nicks and the couple welcomed a son in 2015.

She and model Niki Taylor have been featured on the cover of the Sports Illustrated Swimsuit Issue several times.

Ariel Meredith Is A Member Of