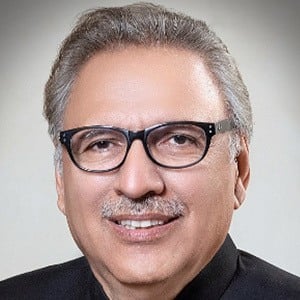 Politician and political figure best known for having been elected as the 13th President of Pakistan. He was also a founding member of Pakistan Tehreek-i-Insaf and was a member of the National Assembly of Pakistan.

He served as the Chairman of the first Pakistan International Dental Conference.

He was once Councillor of the FDI World Dental Federation.

He and his wife Samina Alvi had three children.

He was inspired by Imran Khan to join the Pakistan Tehreek-i-Insaf.

Arif Alvi Is A Member Of