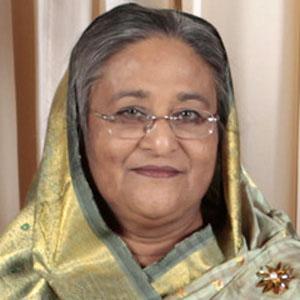 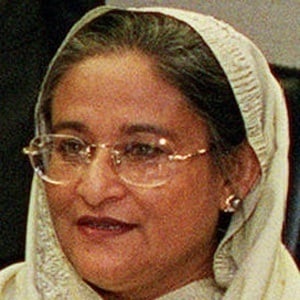 Leader of the Awami League who took office as the Prime Minister of Bangladesh for the second time in 2009. She was also the Leader of the Opposition from 2001 to 2006, and from 1991 to 1996. In 2017, she accused banker Muhammad Yunus of working with Hillary Clinton to conspire against her.

She overcame a great trauma when her father and family were assassinated in 1975.

She was the target of an assassination attempt in 2004. In 2007 she was arrested for corruption and charged with murder.

She had a 41-year marriage to Wazed Miah that ended in 2009. The couple had two children: Sajeeb and Saima.

She began serving under President Abdul Hamid in 2013.

Sheikh Hasina Is A Member Of