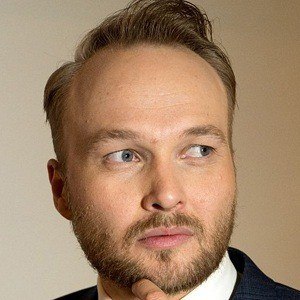 Writer and comedian most well known for hosting his weekly show Zondag met Lubach. He also has his own self-titled vlog YouTube channel.

He graduated from University of Groningen where his father was a professor.

He released the debut novel, Mensen die ik ken die mijn moeder hebben gekend, in 2006. He would later follow up with Bastaardsuiker, Magnus, and IV.

His father's name is Dick Lubach. His mother passed away in 1991. Both of his parents were lawyers and he has two brothers.

Early in his career, he cohosted various radio shows for NPS and VARA alongside Giel Beelen.

Arjen Lubach Is A Member Of