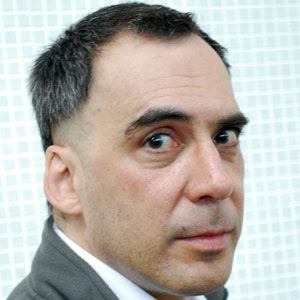 Brazilian rock solo artist who has also performed with the band Titas.

He started composing his first songs while studying at Colegio Equipe.

He released his thirteenth solo studio album with Acustico MTV, Arnaldo Antunes, in 2012.

He has four children with his second wife Zaba Moreau: Rosa, Celeste, Bras, and Tome.

He sang with Marisa Monte on the top-selling 2003 album Tribalistas.

Arnaldo Antunes Is A Member Of