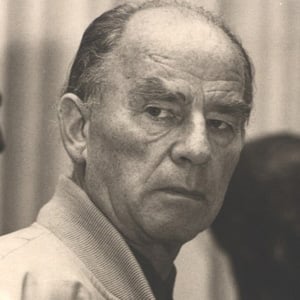 German sculptor who created public works in Nazi Germany. He made Die Partei, a statue that represented the spirit of the Nazi Party.

He entered the Düsseldorf Academy of Arts where he concentrated on sculpture.

Some of his work was denounced as degenerate art.

He was the son of stonemason Arnold Breker.

His work was heavily supported by Adolf Hitler.

Arno Breker Is A Member Of